Taking The Plunge: Why You Should Be Using the 2020 Geography Now

Those of you who are regular Profile readers will know that we at AGS are not exactly enamored with the application of the privacy budget concept to the census data releases. Much ink has been devoted to talking about the problems with using the census data and AGS’ efforts to repair the damage. Despite our complaints about these matters, we are convinced that the 2020 geographic base is far superior to the 2010 base. The wine may not be great, but the label on the bottle is fabulous.

While we were busy reworking the 2020 census data, we simultaneously were busy converting our databases to the new 2020 geographic base. With each census release, we have converted the historical census data to the new boundaries, which is not a simple process if you are trying to do it accurately. We now have data from the 1970, 1980, 1990, 2000, and 2010 censuses on the current 2020 geography base, and to our knowledge, this is the only commercially available time series demographic database.

The main strength of using block groups as the base geographic unit for demographic analysis is that they are small areas of relatively consistent population size. This allows them to be used as the building blocks for study areas based on radius, drive time, or contoured visitor density polygons.

Over the course of a decade, some of these block groups grow considerably, especially at the fringes of major urban areas. The table below shows the basic statistics for the 2020 census using both 2010 and 2020 block group geographic definitions:

Many of the largest population block groups are military installations and large college campuses, so there will always be large block groups.  That said, the 2020 base has a smaller average and a substantially lower standard deviation, meaning that there is less variation in size. More importantly, the number of very large block groups with over 10,000 people declined dramatically.

The Houston market illustrates the effect of the redefinition of block groups: the maps below show the high population block groups which ring the outer suburbs using first the 2010 base, and second the 2020 base. Any analysis done in these areas is going to provide far less precise results using the 2010 base simply because of the size of these block groups. Having a block group with nearly 70,000 people defeats the purpose of small area research. 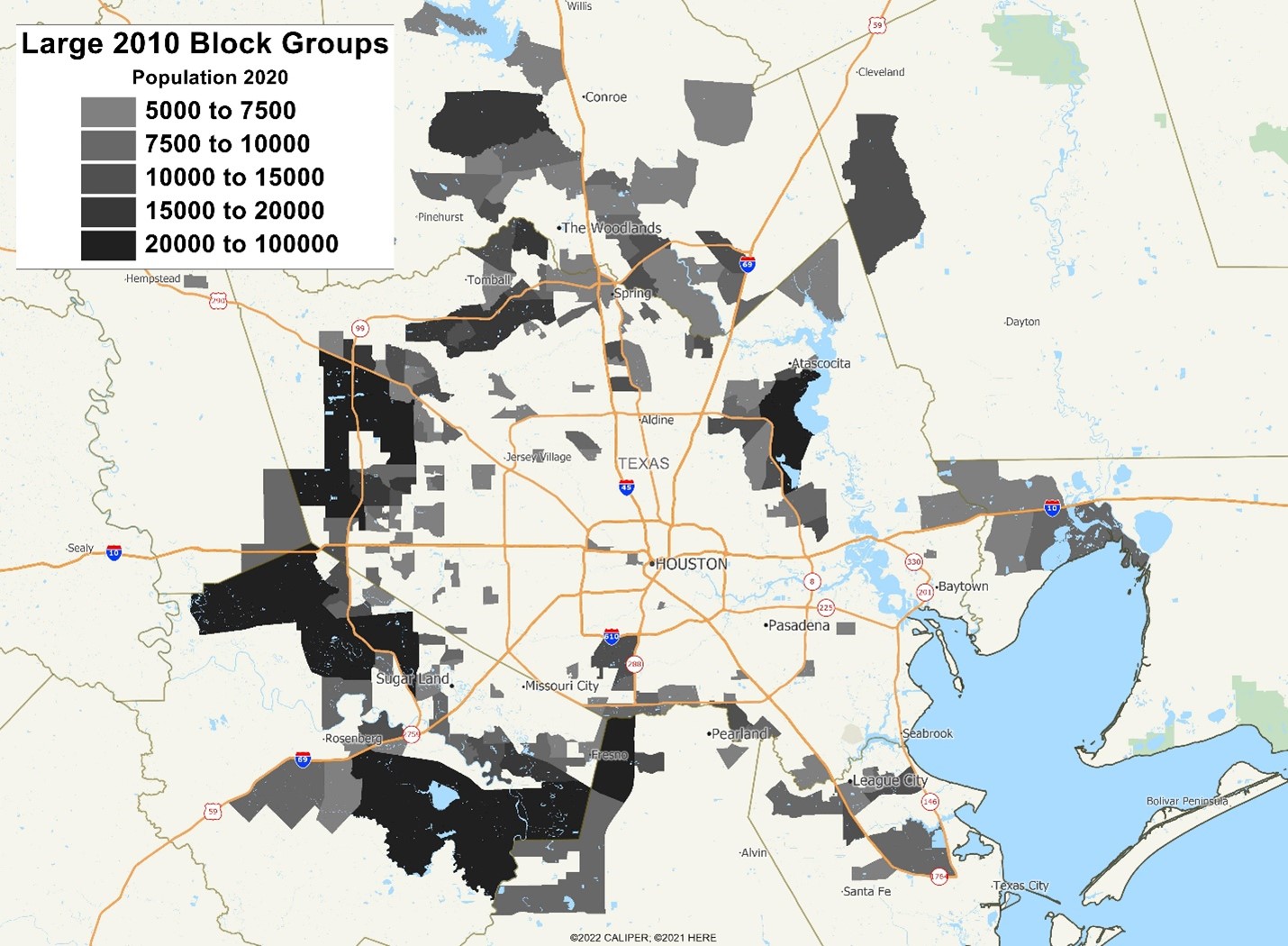 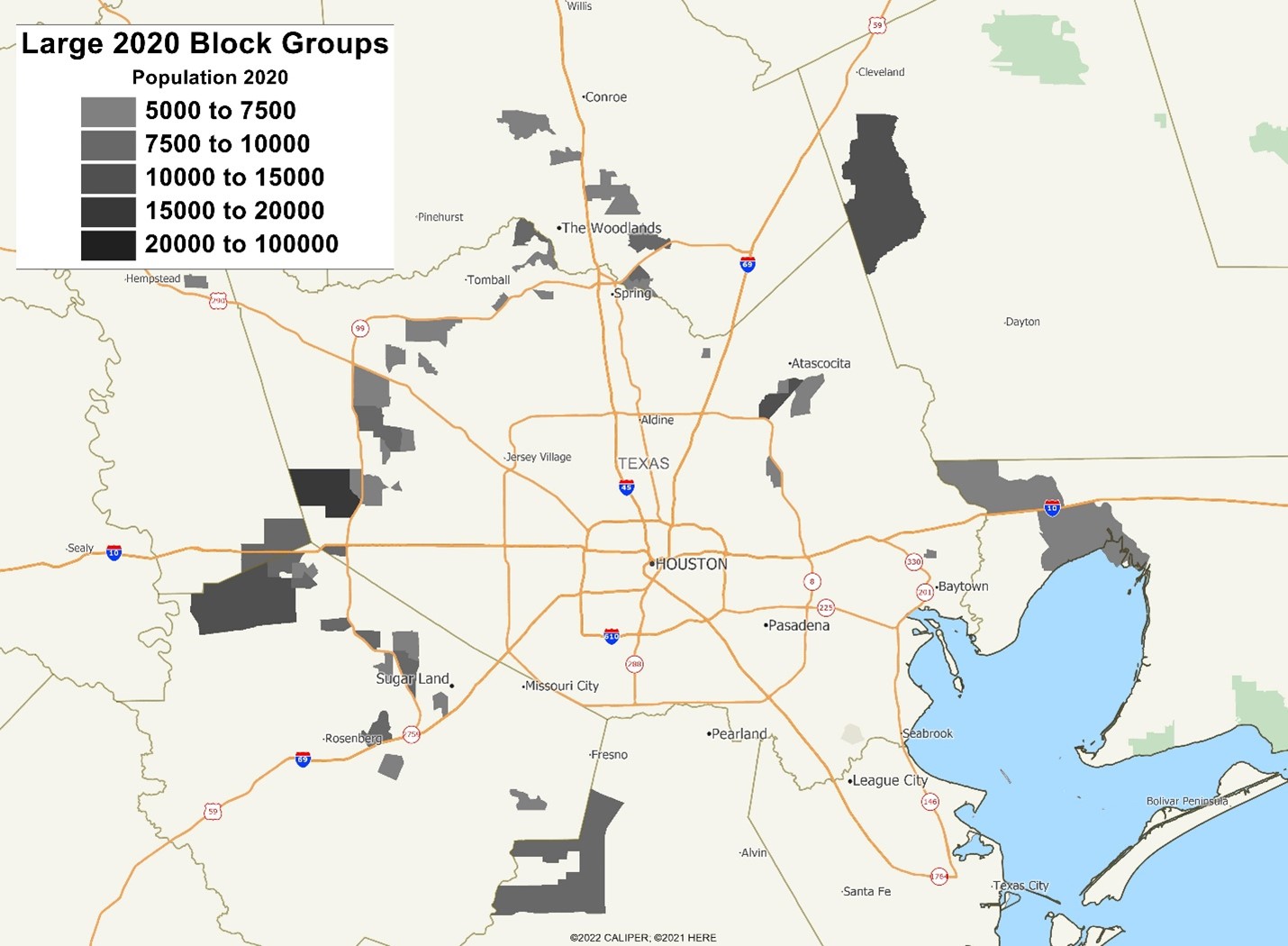 As we are fond of saying, details matter. In this instance, the 2020 geography are the details that could make the difference. Many of the site analysis platforms and even some of the demographic data providers have not yet converted their systems to the new geography, and most have announced plans to delay implementation for months or, in some cases, to over a year. Given that there is always great interest in growth areas, users should be applying pressure to their providers, or considering switching to those that are taking advantage of the improved geography base. While change is hard, we urge you to take the plunge.