What started out as a project to keep the data team busy (and inside) during the early days of Covid lockdown has quickly become one of our customer’s favorite databases. The impact of the non-resident population on a site – restaurant or retail – can be substantial, often proving to be the difference of locational success and failure. Non-Residential Population, which includes annual and quarterly estimate of where those tourists can be found, bridges an important gap in the analytical toolbox of site analysts.

Tourism plays an important role in the local economy of many areas of the country, and in some areas like Hawaii, Las Vegas, and Orlando, is the dominant driver of economic performance. In mountain ski and desert golf resorts the season is winter dominant while in most beach towns and national parks summer is high season. The geographic patterns of business travel can be radically different than personal and leisure travel.

Non-resident population estimates have been enhanced with the addition of a series of tourist attractiveness scores by activity. For example, those looking to go skiing might find Park City, Utah, as a desirable location as a vacation spot in the winter. The map below shows the local attractiveness score for block groups in Utah. On any given night in a normal year, upwards of nine million people are found in hotels, second homes, the homes of friends and family, in recreational vehicles, or camping. This plays a vital role in the local economy, and can make or break a small business. 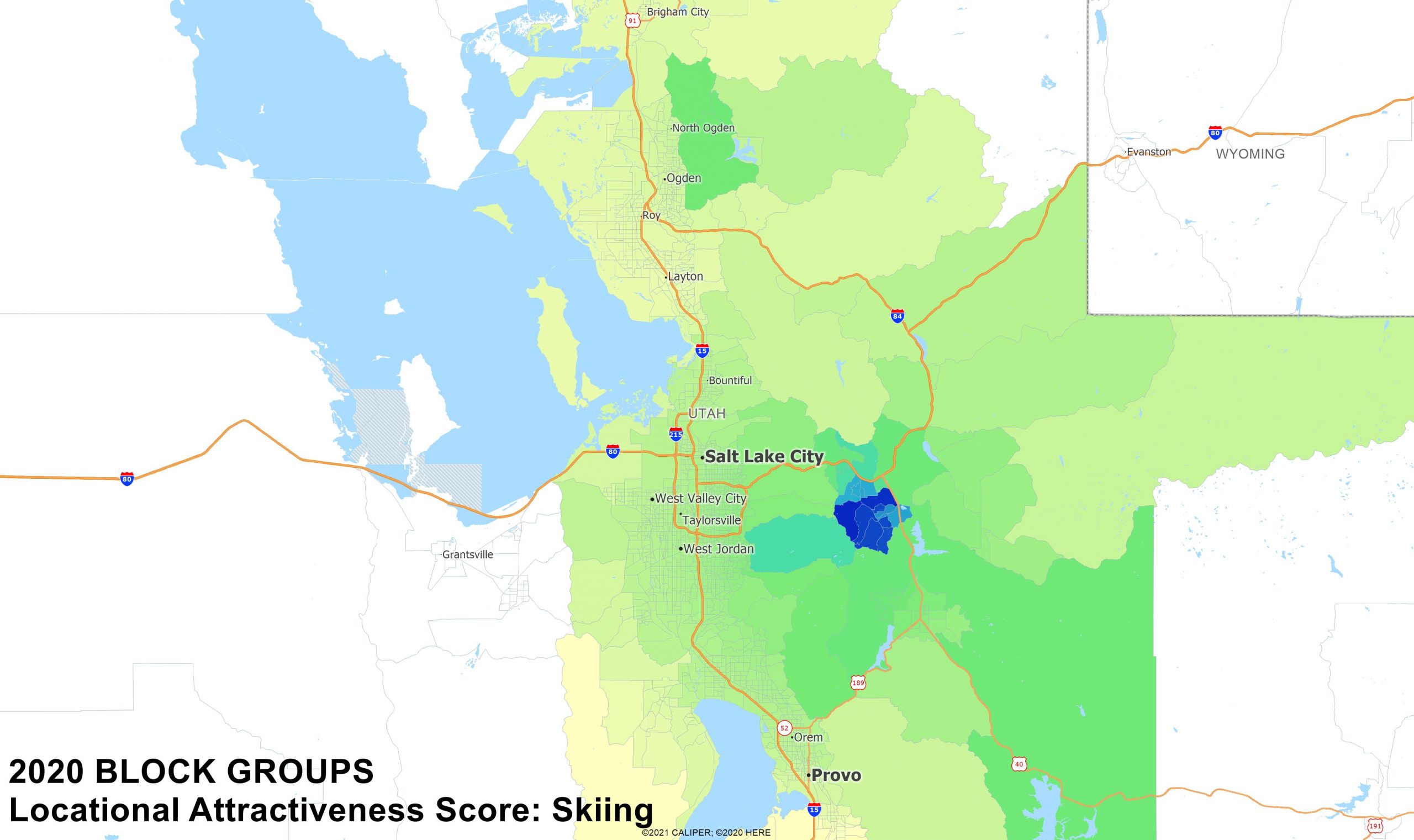