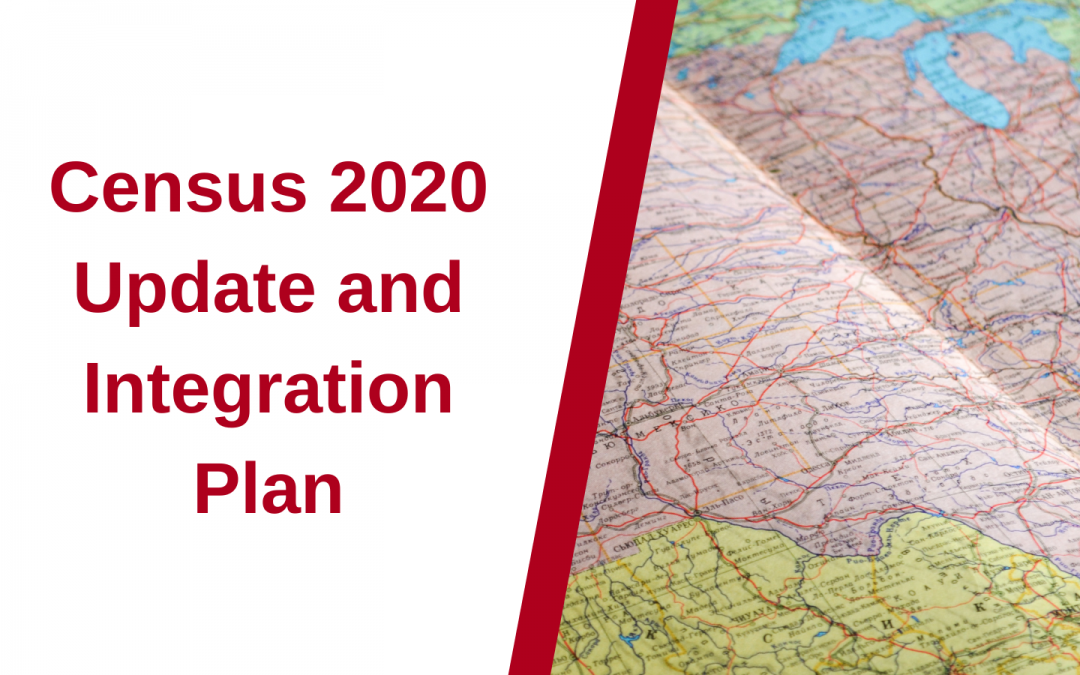 If you are like us, you have been refreshing the Census Bureau’s website weekly looking for the latest information about when the 2020 data will be released to the public. It was recently announced that the apportionment count, used officially for redistricting, will be released on April 30, 2021. As we approach that date, and the date of our spring data release, we wanted to get our integration plan in front of you so that you can plan ahead. Fresh data is coming, and we are excited.

Currently, the Census Bureau is planning to release all cartographic files by next week. As long as that date does not change, we plan to offer our data for 2020 and 2010 Census boundaries at the block group, tract, and county level with the 2021A release, including shapefiles. Once these files are processed, we will be offering them to interested channel partners to use as soon as possible, probably before to 2021A release. Channel partners should look out for more information on that in the coming months.

As far as the actual Census counts, those will be integrated into our data later on this year. Our plan is to integrate the state level 2020 apportionment population in an updated data set, and update the data on our API, Snapshot, sometime this summer. The Summary File 1 data, which gives the population counts and more down to the block level, won’t be released prior to July 31, 2021 according to a recent statement by Kathleen Styles, the bureau’s chief of 2020 Census communications and stakeholder relations. When the SF1 data is released, it will roll out on a state by state level and will most likely not be fully available until December 2021, which means that it will be available to AGS partners and customers in 2022.

We are still checking the Census site weekly, if not more often, to keep informed on the latest deadlines and releases. Should anything change, we will keep you informed as we work through the data.