2019 was predicted to be a record-breaking year for holiday travel, with an estimated 115.6 million people traveling between December 21 and January 1, according to AAA. This year, the Deloitte Pre-Thanksgiving Holiday Pulse Survey found that 65% of those surveyed plan to travel less or not at all to meet family/friends this holiday season, compared to last year. While airline travel will certainly be down this year due to COVID-19, many people within driving distance of extended family may still spend the holidays with family or friends, either as guests or hosts.  So, where are holiday travelers most likely to land this year, if they go anywhere?

With a few assumptions in hand we set off to see if we could guess at where people might end up for the holiday feast – are they likely heading to Aunt Mabel’s in mid-town? Or the random second cousin who wants to gather the family at the beach house on the Cape? In addition to applying some simple demographic assumptions to households, we brought in our non-resident population estimates for hotel stays. Here we thought that if there were competing invitations, that the winner would be the family member with the higher tourism ranking.

Looking at the Boston metropolitan area, we looked at household age by population, and added in Non-Resident Population demand to capture areas that already are attractive tourism destinations for travelers. Unsurprisingly, younger households (young adults and young families), as well as some older households, head to the suburbs to celebrate the holidays at their family member’s household, where the typical ages are 45-65. This is shown on the map below, with the city center being less likely to hold holiday gatherings, but the surrounding suburbs (where your parents may live, for example) being much more popular locations for holiday gatherings. Of course, the Boston metropolitan area is very drivable, making holiday travel more likely this year if your family lives in the same general area. 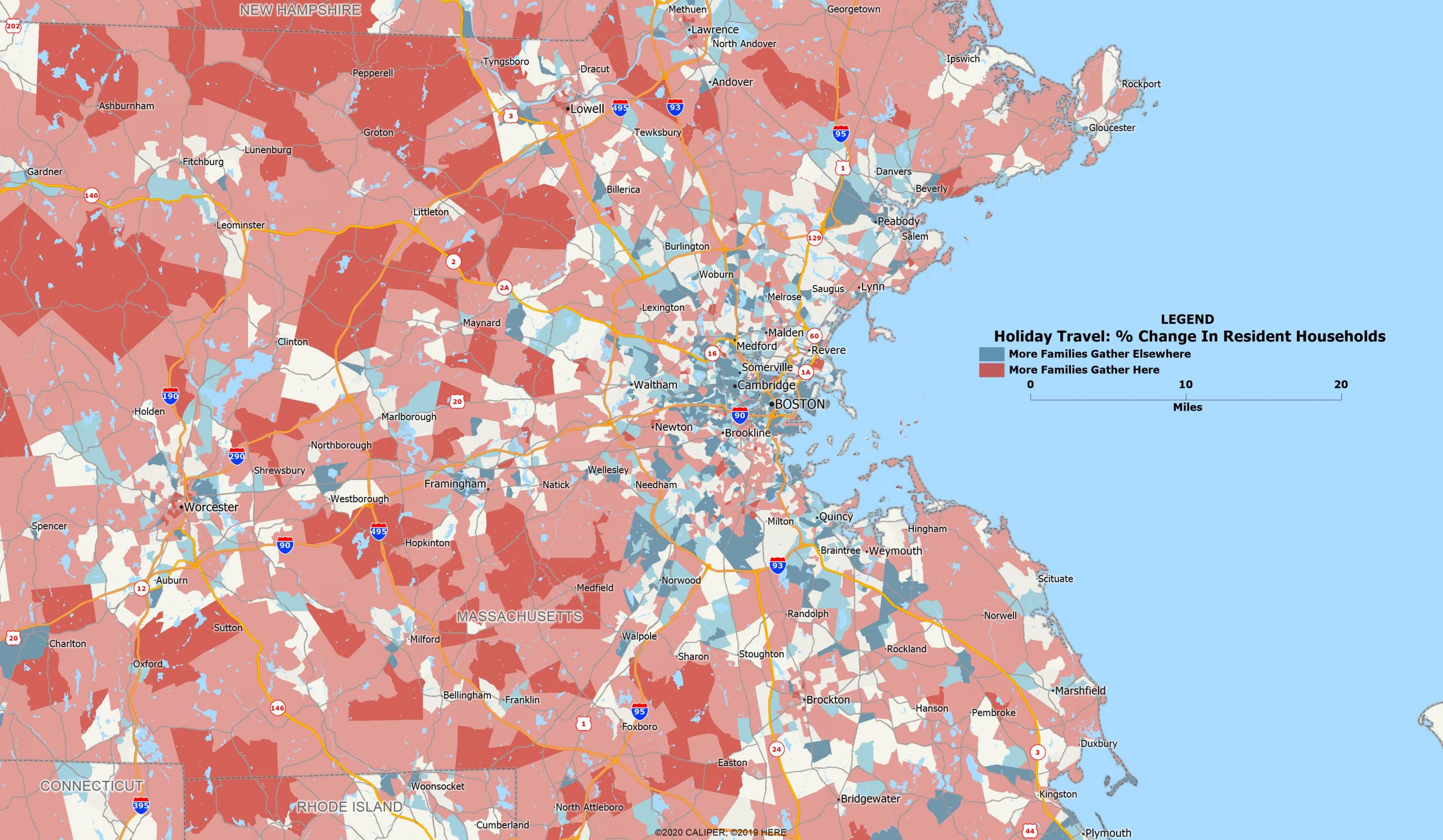 On an average year, the demand for food, retail and experiences should increase in the areas where holiday travelers are gathering, driving economic growth for the local communities. Once the year is over, it will be interesting to look at the economic impact of travel during the holidays, especially in areas with strict COVID-19 policies such as Los Angeles, where only take-out dining is allowed, all non-essential travel and activities banned, and even inter-household gatherings prohibited.