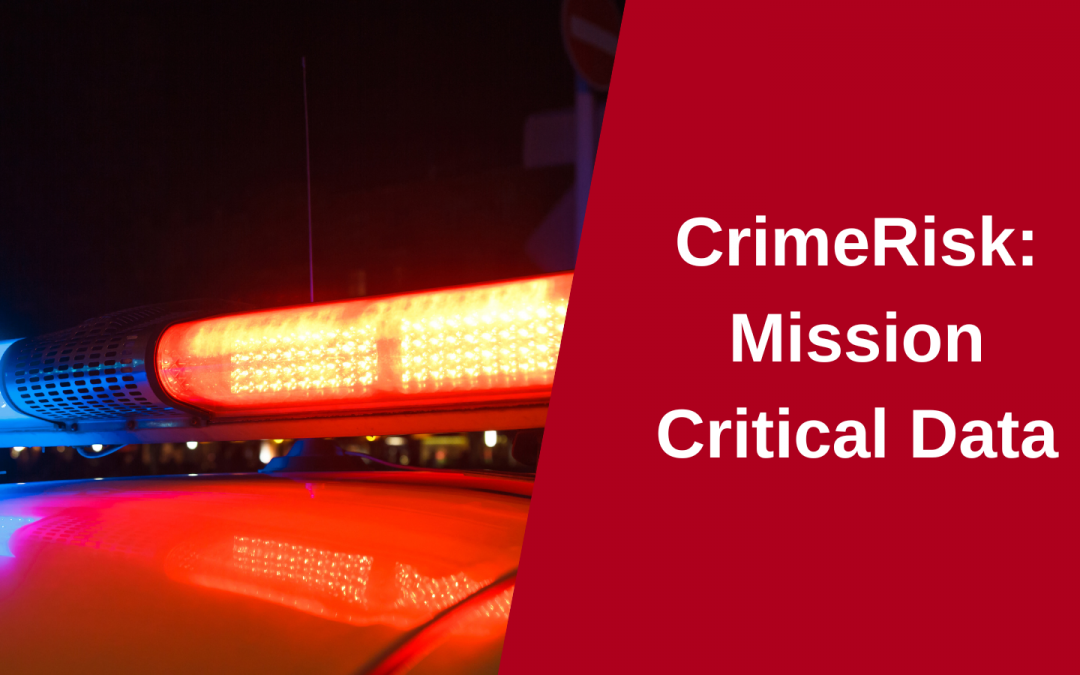 One of the first AGS products to step outside the realm of demographics was our CrimeRisk database, which over two decades has evolved to become one of the key components of our overall strategy to become the premier provider of mission critical attribute data to the geospatial community.

Like many of our products, it emerged from a discussion with a channel partner who wanted to include crime risk indexes on their platform but found that there was only one provider charging monopolistic prices. Nothing makes us spring into action quicker than finding out that end users who could benefit from a dataset are unable to justify using it based on price. So, we did what we usually do: we built a better product and priced it reasonably.

The earliest adopters were not our usual retail real estate clients, but rather the commercial insurance underwriters who found an immediate and obvious use for the data. Retailers and shopping centers have more recently discovered the importance of understanding crime risk, being stung by courts over the last decade that held them liable for not providing adequate security for both customers and employees in high-risk areas. The third major area is in health care research, as one of the hot topics in public health analysis is the complex relationship between crime and health care outcomes.

The original product from the late 1990’s has been continuously improved, largely because of the diligence and creativity of our chief demographer Matt Needham –

This of course raises the common question – why use risk indexes rather than incident data? Incident data is great for analyzing current patterns, finding organized criminal groups, and evaluating staffing and patrol areas. For many uses, it becomes just a scary pattern of dots on a map which can lead to incorrect conclusions about the overall safety of a neighborhood. We choose instead to evaluate crime over a lengthy horizon to provide a forward-looking risk index rather than a backward-looking catalog of poor behavior.

But we at AGS are never satisfied with the status quo, and over the coming years we have several planned enhancements to the product, including:

With courts increasingly holding corporations liable for the safety and security of their employees and customers, the AGS CrimeRisk database has become a mission-critical component of the due diligence analysis of site and network planning.