In North Texas, like most areas of the southwest, it has been a dry summer. Drought conditions now covers the majority of the area, and Fort Worth hasn’t seen measurable rain since June. It’s becoming blatantly obvious who has a sprinkler system and who does not. But are those areas that far off from annual rainfall totals?

At the start of August 2022, Fort Worth has seen about 12.5 inches of rain so far this year. While that might be a little behind the averages, it isn’t far off of where that area should be for this time of the year. Looking at the map below, you can see that the average rainfall increases as you look west to east. Notably, Arizona and New Mexico are not facing the same rain deficit that Texas is, and the droughts in those states are not as severe. If the drought continues for too long, especially in Texas, it is likely that the rain deficit will make significant impacts to the resident’s lives, especially in areas where crops and livestock depend on rainwater. 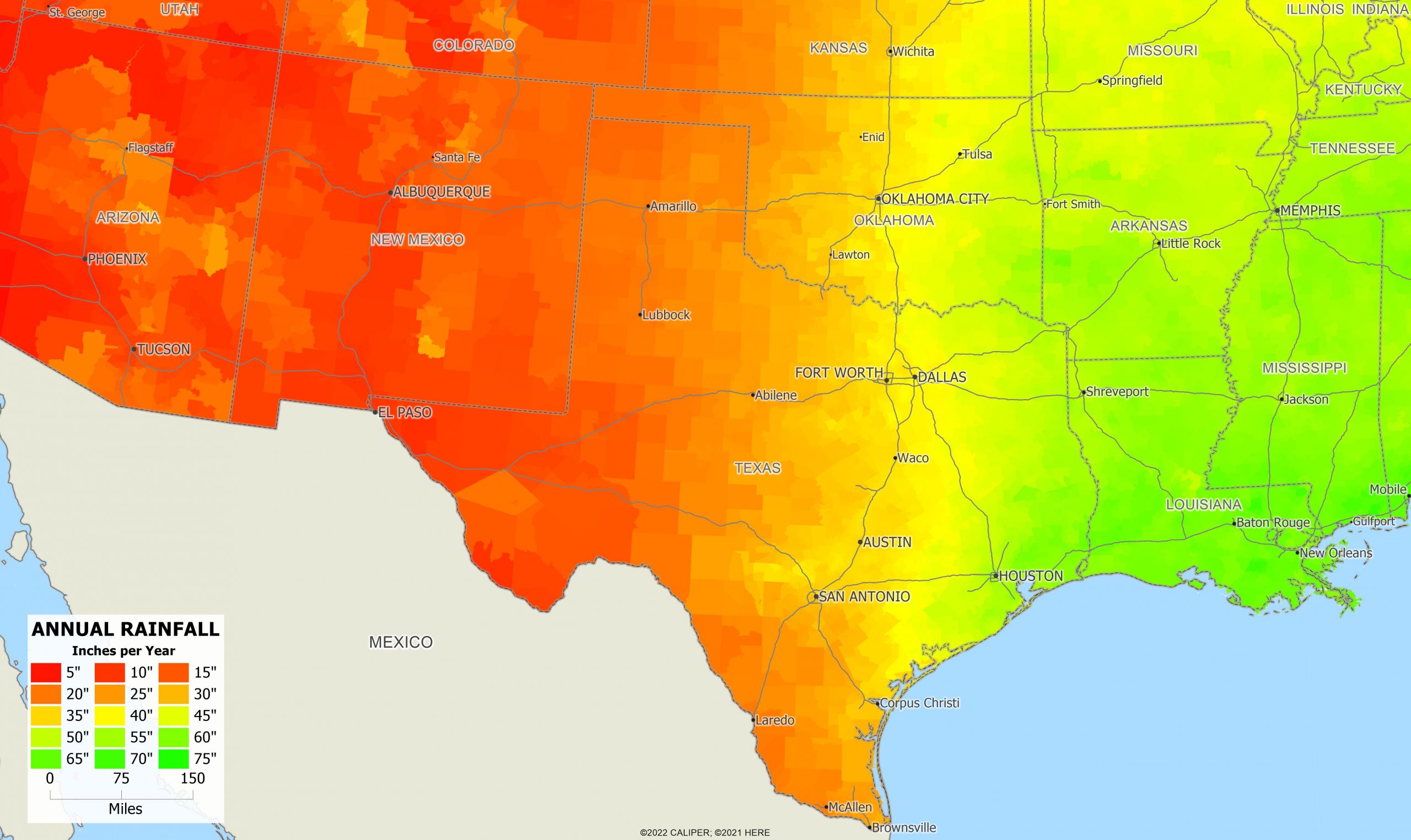 As a subsect of the larger climate category, AGS carries annual rainfall totals that can be very useful for insurance underwriting, retail merchandising and real estate. These variables are often useful—and interesting—for many users. The environmental suite of data consists of several separate database components including Weather Risks, Seismological Risks, Wildfire Risk, Elevation and Terrain, Climate and Air Quality.