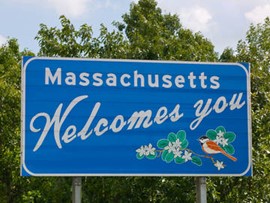 Geographic naming conventions can be delightfully quirky. The United States of America is a federation of States. Well, except for the four that aren’t because they are Commonwealths.

Is there something special about Kentucky which makes it a Commonwealth rather than a State? Should neighbors in Tennessee be jealous? No, and yes. No because there is neither a constitutional nor operational difference between a State and a Commonwealth. Yes, because it is cool to be different. Ever notice how many states want to add the word ‘Great’? That’s because being the ‘State of Tennessee’ gets no cool factor points. Nobody ever says ‘The Great Commonwealth of Kentucky’ as this would clearly be superfluous.

The term dates to at least the 15th century as ‘commonweal’, when the letter ‘s’ was so lazy that it was only used to indicate the plural of words, as in “jurifdictions” meaning multiple legally defined territories.

It meant the ‘public welfare, general good, or advantage’. The philosophical writings of Locke, Hobbes, and others in the 17th century used the term to denote an organized political community for the benefit of its members (citizens). John Locke, whose writings were the core of the philosophy which led to the American Revolution, was not particularly enamored with the concept of a hereditary monarchy, and the term became synonymous with a republican form of democratic governance.

So why did some of the first states use the term? Likely because it inherently had an anti-monarchist tone. The body politic would be organized for the benefit of the common person and not the descendants of some long-forgotten king who repelled the nasty barbarians seven hundred years ago. In other words, because it was cool.

In fact, it was so cool that even the British adopted the term to refer to the mostly sovereign states of the former British empire. So while Canada and Australia are members of the Commonwealth, Virginia and Pennsylvania are not. And of course, the Commonwealth of Puerto Rico, which isn’t a state.