Life expectancy can tell you a lot about a given area. Perhaps there are environmental risk factors lowering an area’s life expectancy. In some areas, maybe an overall quality of life due to active lifestyles increases the overall life expectancy. Essentially, life expectancy reflects the general health of a population. We are most used to seeing these at a national scale, comparing countries, which reflects the affluence and availability of health care differences between countries. When you look at this data on a county or block group scale, it paints a picture of discrepancies within our own country. Life expectancy is a part of a new database joining AGS in the 2022A release called Vital Statistics. 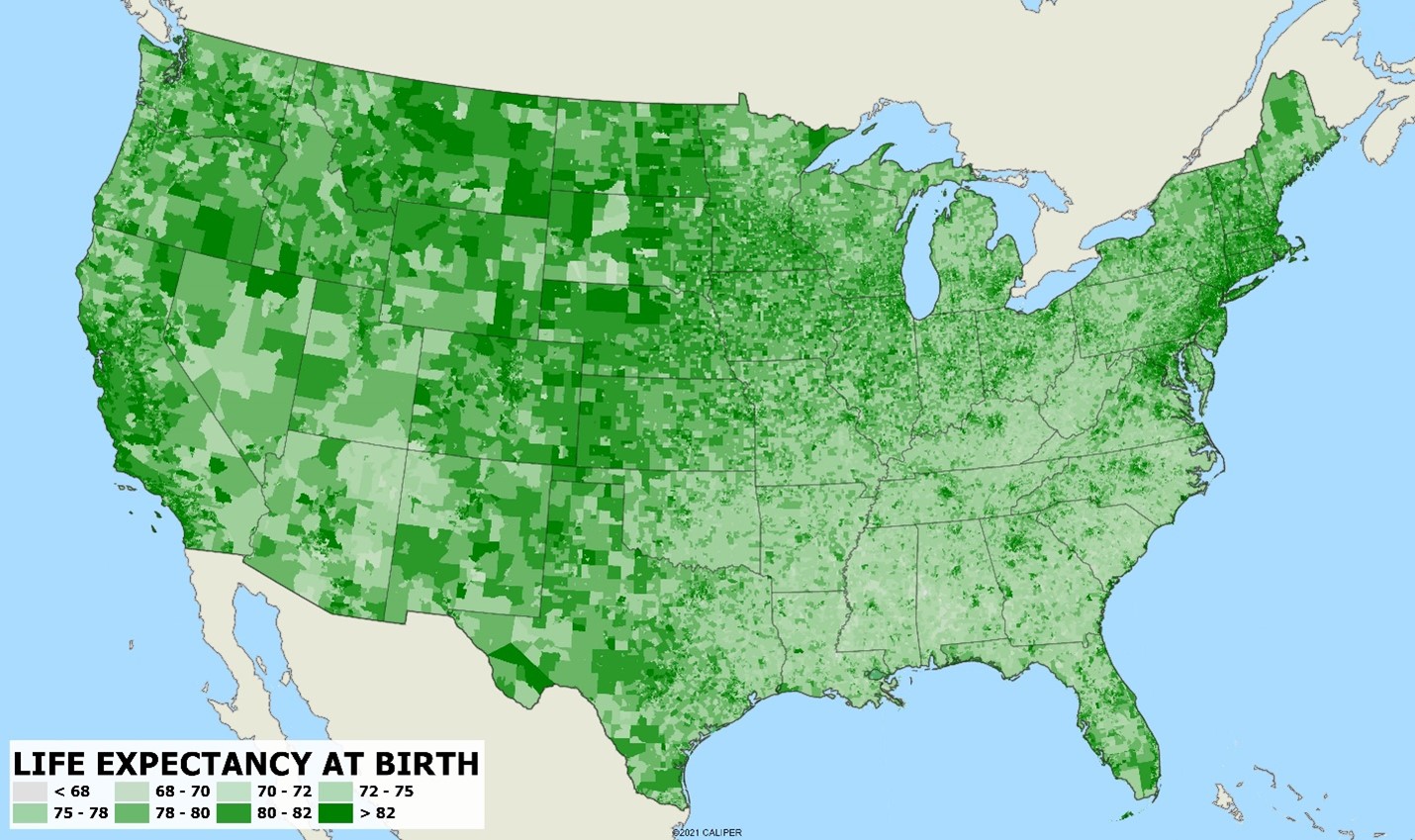 On average, females can expect to live about 5.2 years longer than their male counterparts. If we look at the gap between male and female life expectancy, shown on the map below, we see some interesting patterns. The differences in life expectancy that we saw above are in part based on the overall health and lifestyle (both often influenced by one’s socioeconomic status) of the populations of different areas, but also in the differences between male and female life expectancy. The average is 5.2 years – but ranges from less than 4.75 years up to nearly 10 years!

Note that the gap between male and female in the Appalachian Mountains is much lower than elsewhere — < 4.75 years – despite the low general life expectancy values for the area. In other words, everybody dies younger there, whereas in urban areas, it is the males who die younger. In general, areas with lower life expectancy are at least partially due to the dramatically lower life expectancy of males in these areas. The range of female expectancy is much narrower than for males. 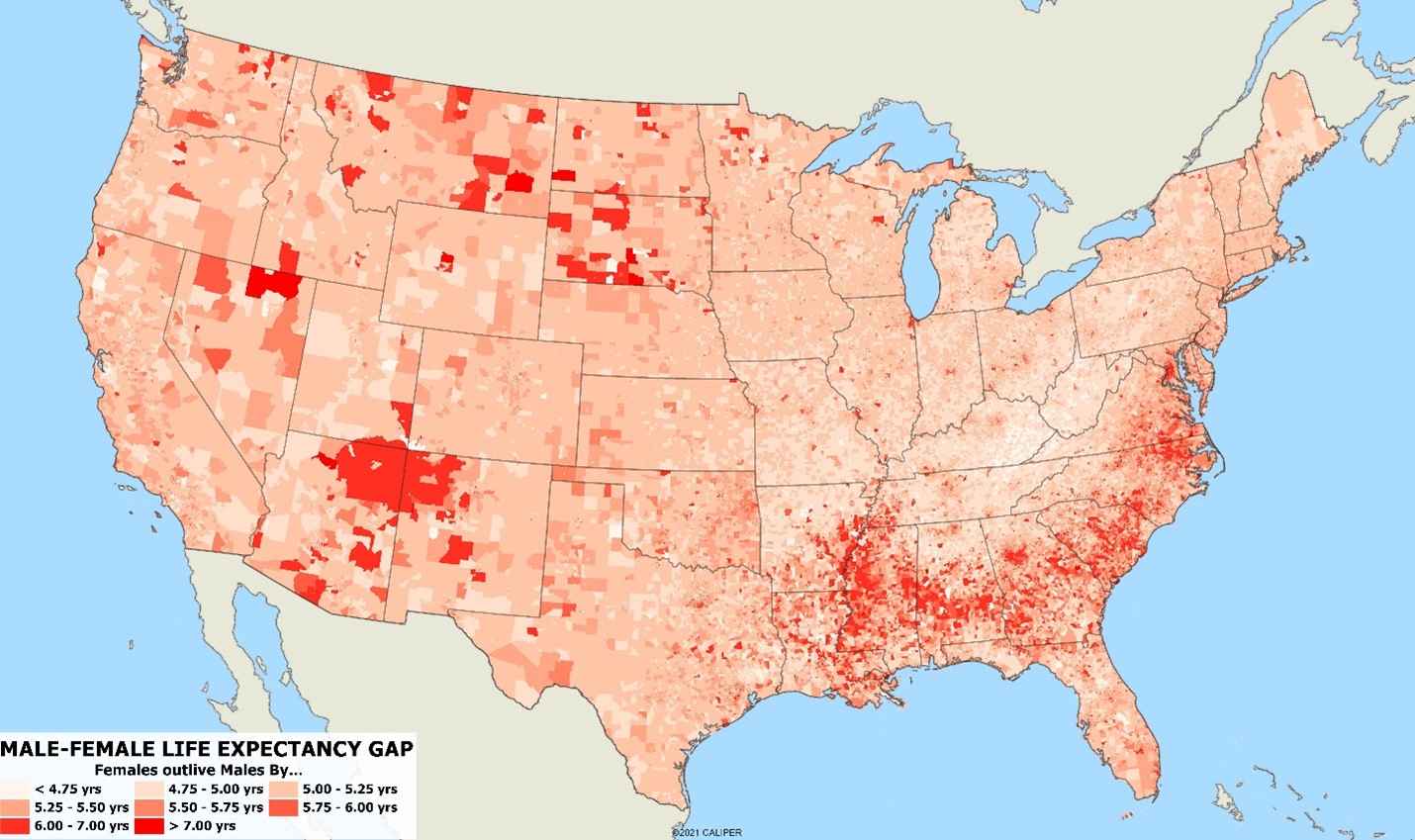 These differences are more than regional – here is Philadelphia showing the same dramatic differences within urban areas that we see more broadly across the US.  Basically, this reflects the higher death rates among young males in such areas as much as anything else. 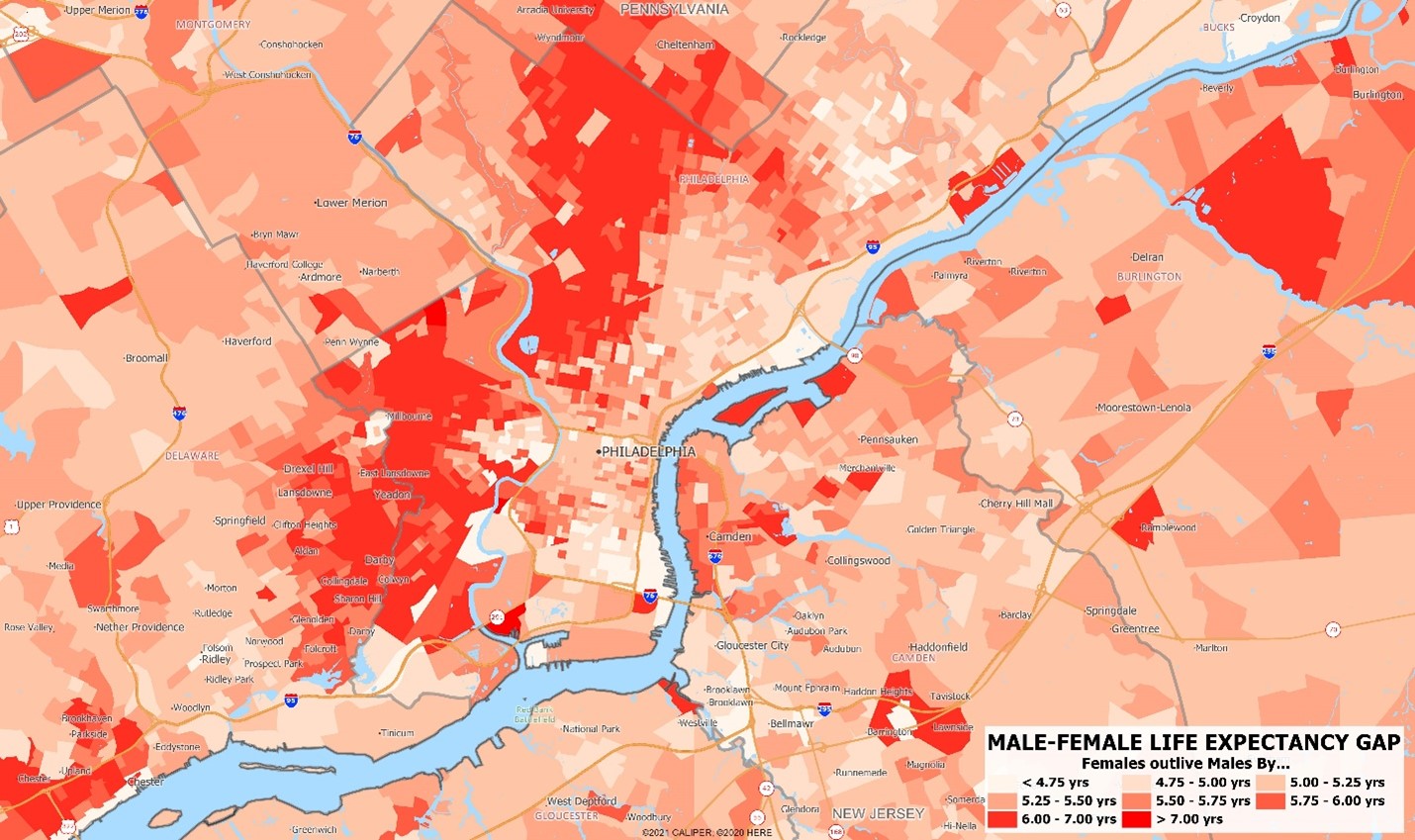 Vital Statistics will be available at the end of the month with the 2022A release.