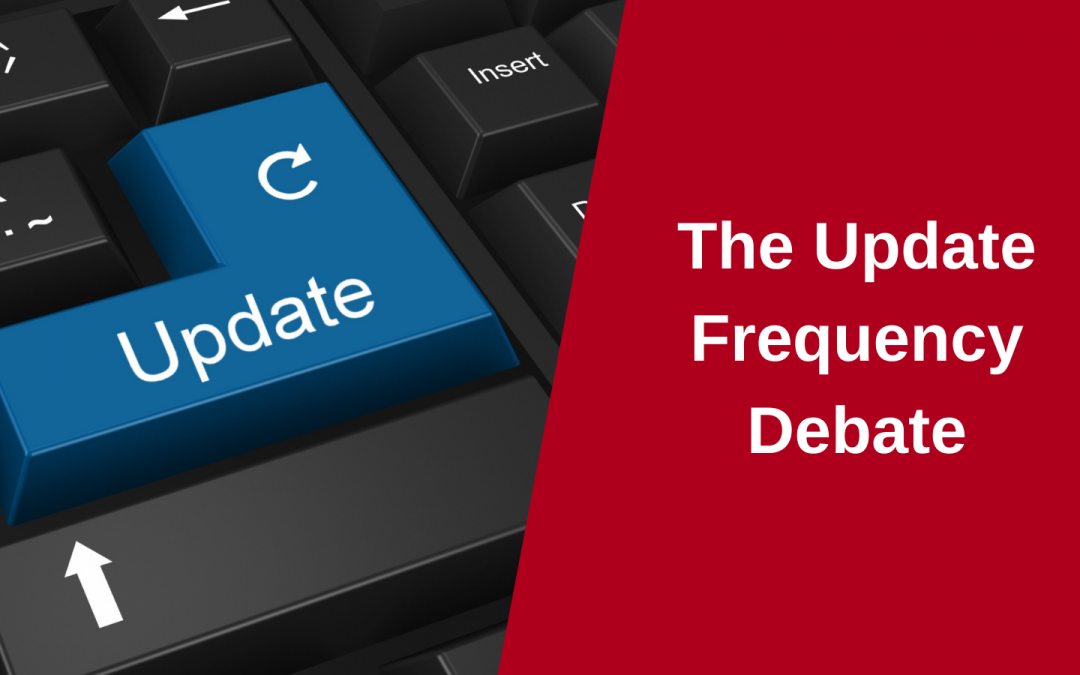 How frequently should your demographics be updated? Depending on the specific creator – and there are not very many – that update can be annual, semi-annual, or quarterly. The argument goes something like this: the census is the most accurate data source, but after a few years, is out of date. The ACS is always at least eighteen months out of date, and based on an aging sampling frame, so an annual update is required to keep that data current. An update every six months must be more precise, and if that is the case, then a quarterly update is surely best. This all sounds good, and makes excellent marketing fodder, but is it true?

The answer depends upon several factors –

Recognizing the truth of the statement “there are two things you should never see being made, demographics and sausage”, we will continue with the sausage recipe and ask the question, what are the key ingredients in the sausage, and how often are they available?

Most public data sources — American Community Survey, Social Security Administration, Department of Defense, IRS, and Labor Statistics – that are commonly used for updates are produced annually (although not all at the same point in the year). The general rule is that the more detailed the geography or the more detailed the attributes, the less frequently data is updated. A complete reliance on these sources ensures that the current “estimates” are eighteen-month projections.

Private sources, such as consumer lists, are usually updated about every six weeks, and most postal data is updated monthly. The primary use of consumer lists is not to count people per se, but rather to identify new addresses which appear from one update to the next. Much of the ancillary data (such as age, sex, ethnic origin) is not of sufficient quality to be truly useful for small areas.

On the postal side, updates are very frequent, but as we have discussed the use of new ZIP+4 points as indicators of current growth is seriously deficient and are not useful at all for tracking decline.

The reality is that this is a leading but very fuzzy indicator of growth, and it includes no other attributes. As we discussed, the creation of a ZIP+4 is usually one of the first tasks in the planning of a development, and the larger the development, the longer the new ZIP+4 sits without any actual households attached to it. The tracking of ZIP+4’s is important, but these are forward looking and not current change indicators at all.

Finally, quarterly updates rarely show significant change. Over the last decade, the average block group changed by just one household per quarter and over fifty percent of block groups would show a change of zero households from one quarter to the next. The use of quarterly updates comes at significant cost as relatively static data must be loaded multiple times a year, and minor discrepancies between reports must be explained.