One of the main purposes of the Census is to track the population and distribute congressional seats accordingly. This year, the PL 94-171 Redistricting Data Summary Files from the 2020 Census were released to the public in mid-August. This data contains critical information, including population, race/ethnicity identification, occupied and vacant housing unit counts and group quarters populations, all down to the block level. In the spirit of this data release, we wanted to look at the major population changes of the last decade.

Using the 2010 Census boundaries, we overlaid the 2020 Census blocks. We used household data, and the map below shows growth and decline over the last 10 years. Most of what we found wasn’t a shock to the AGS team, as we have seen these patterns emerging over time. Rural depopulation is continuing in the Mississippi valley, the coastal plain of the Carolinas and much of rural Appalachia centered on West Virginia. We see two major trends in growth areas. The first is growth in the suburbs surrounding large metropolitan areas, especially in Texas; massive rural growth along the northern areas of Minnesota, Wisconsin, and Michigan, the northern rural areas of New York to Maine, central Pennsylvania and others. The other major trend is a gain in population to the west, along the Front Range of Colorado and the Sierra Nevada range in California. This shows that people are leaving the cities to live somewhere with a little more scenery, made possible by the technological advances of the last decade to allow for work from home. 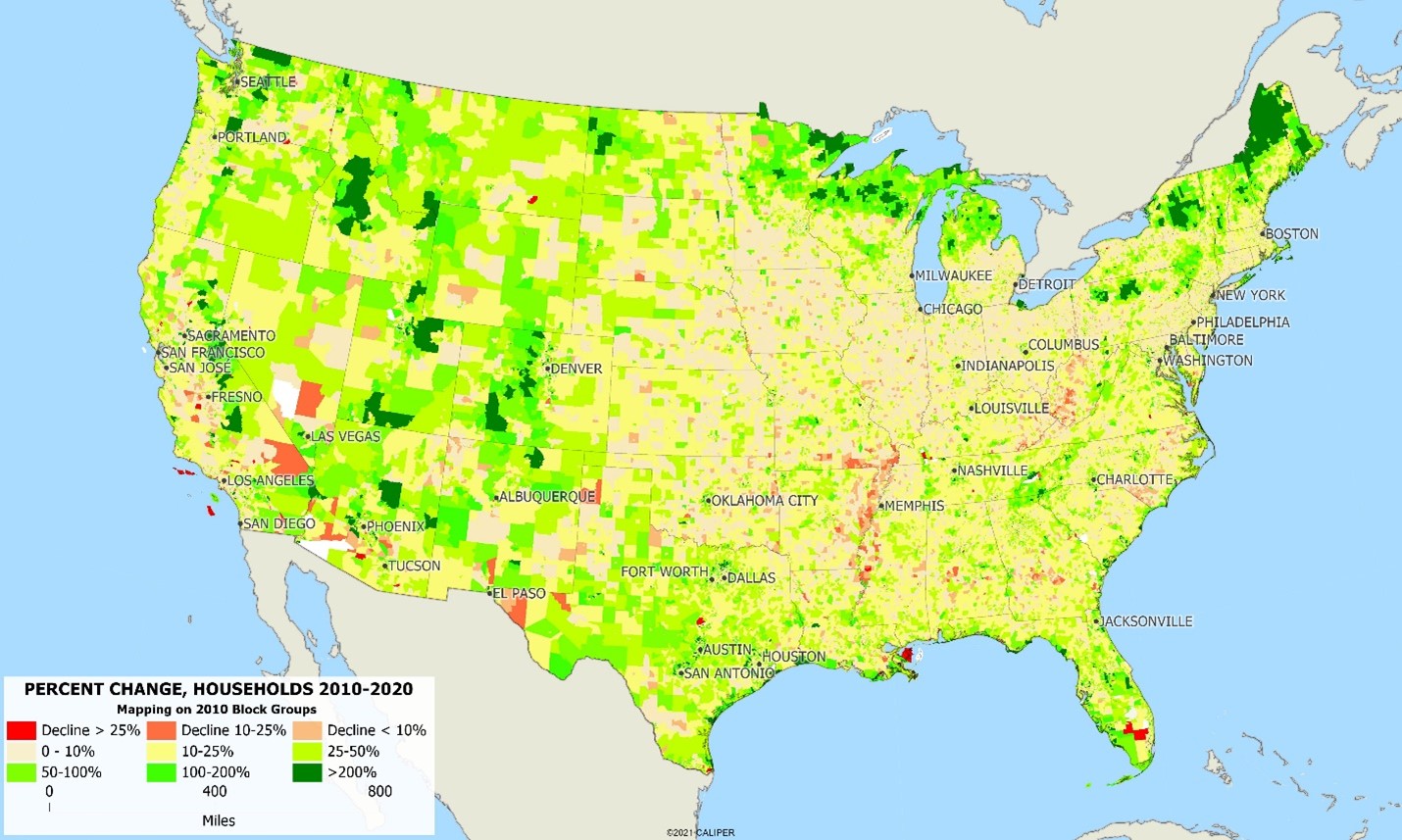 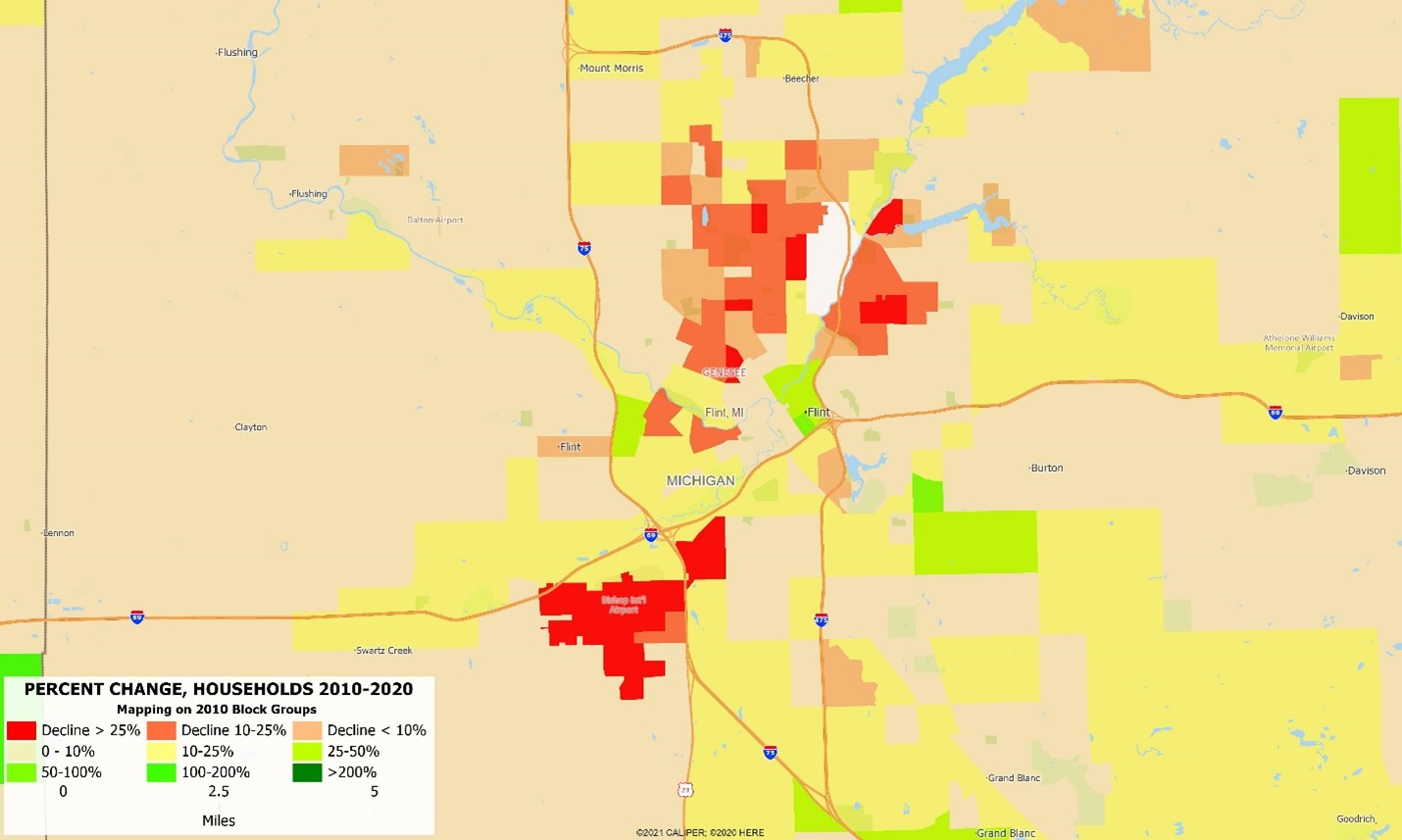 In contrast, both the Carolinas and Texas are showing major growth areas around the cities. While there was major areas of rural decline, the outer suburbs of Charlotte and Raleigh saw enough growth to make up for the decline. Both Houston and Austin saw major growth in the city core and suburbs as companies moved to Texas for more favorable business laws. 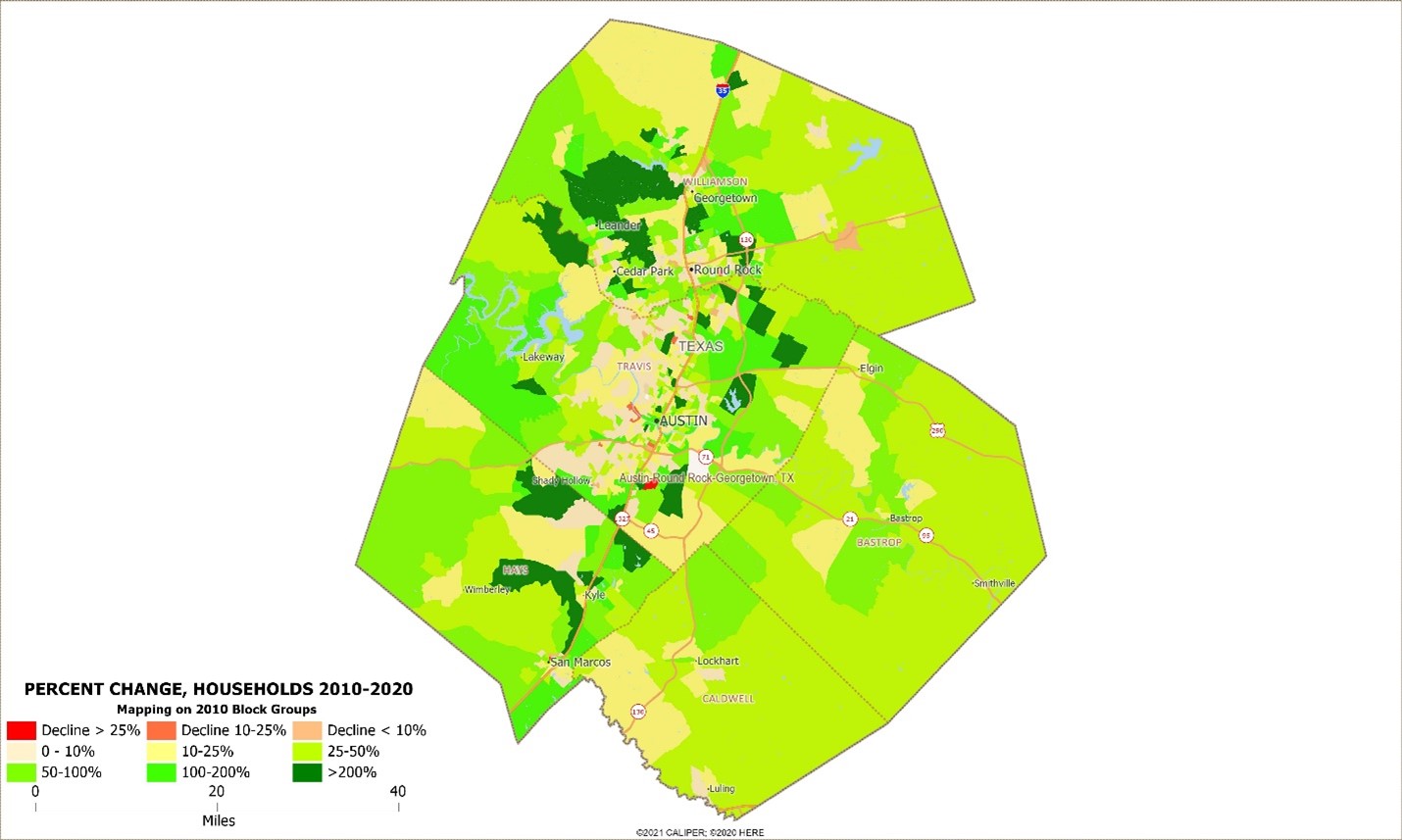 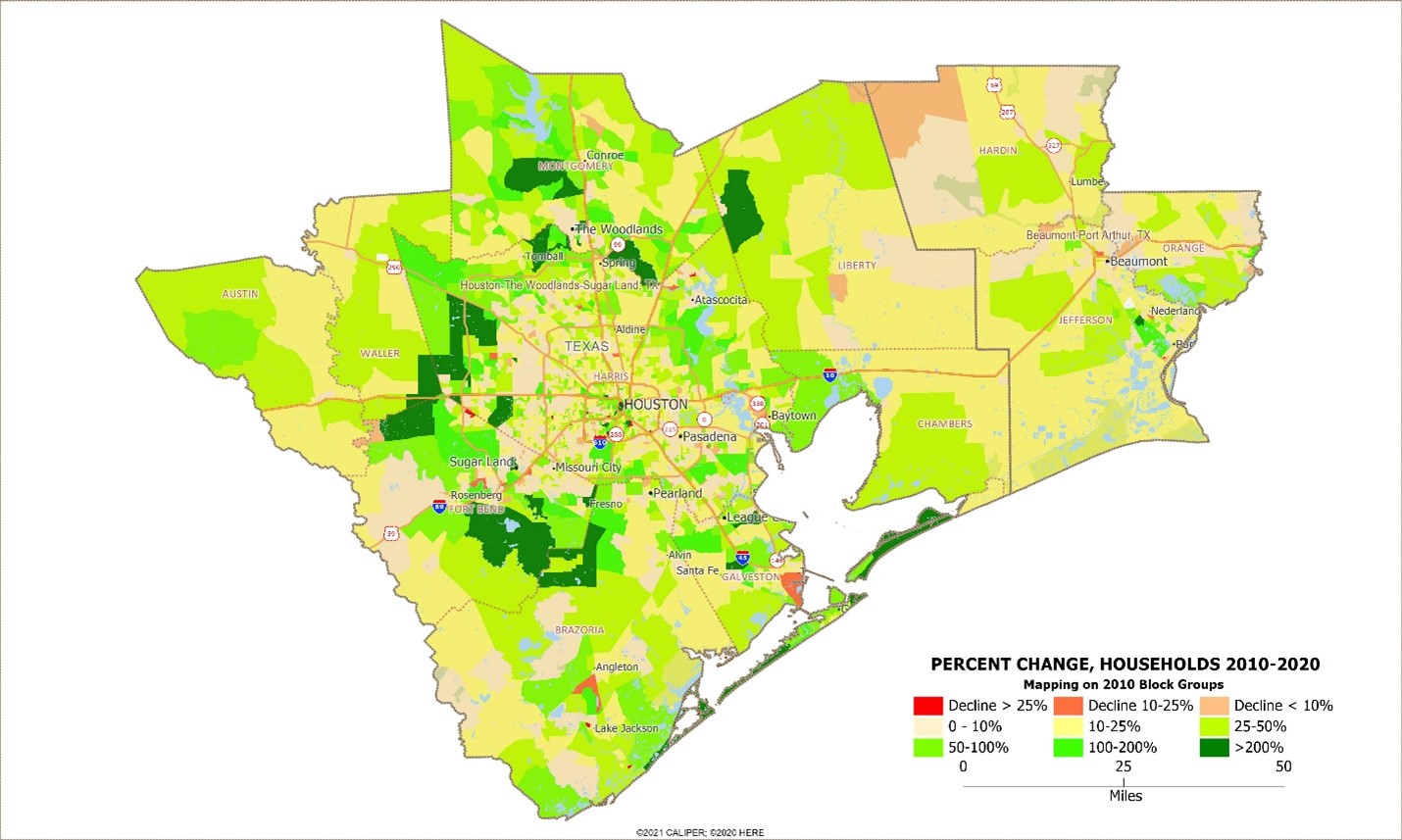