Population Change Across the U.S.

Over the last 50 years, the landscape of American life has dramatically changed in many ways. Since 1970, the United States population has grown 1.27% on average per year. Using historical Census data, we looked at the concentration of that growth on our country. 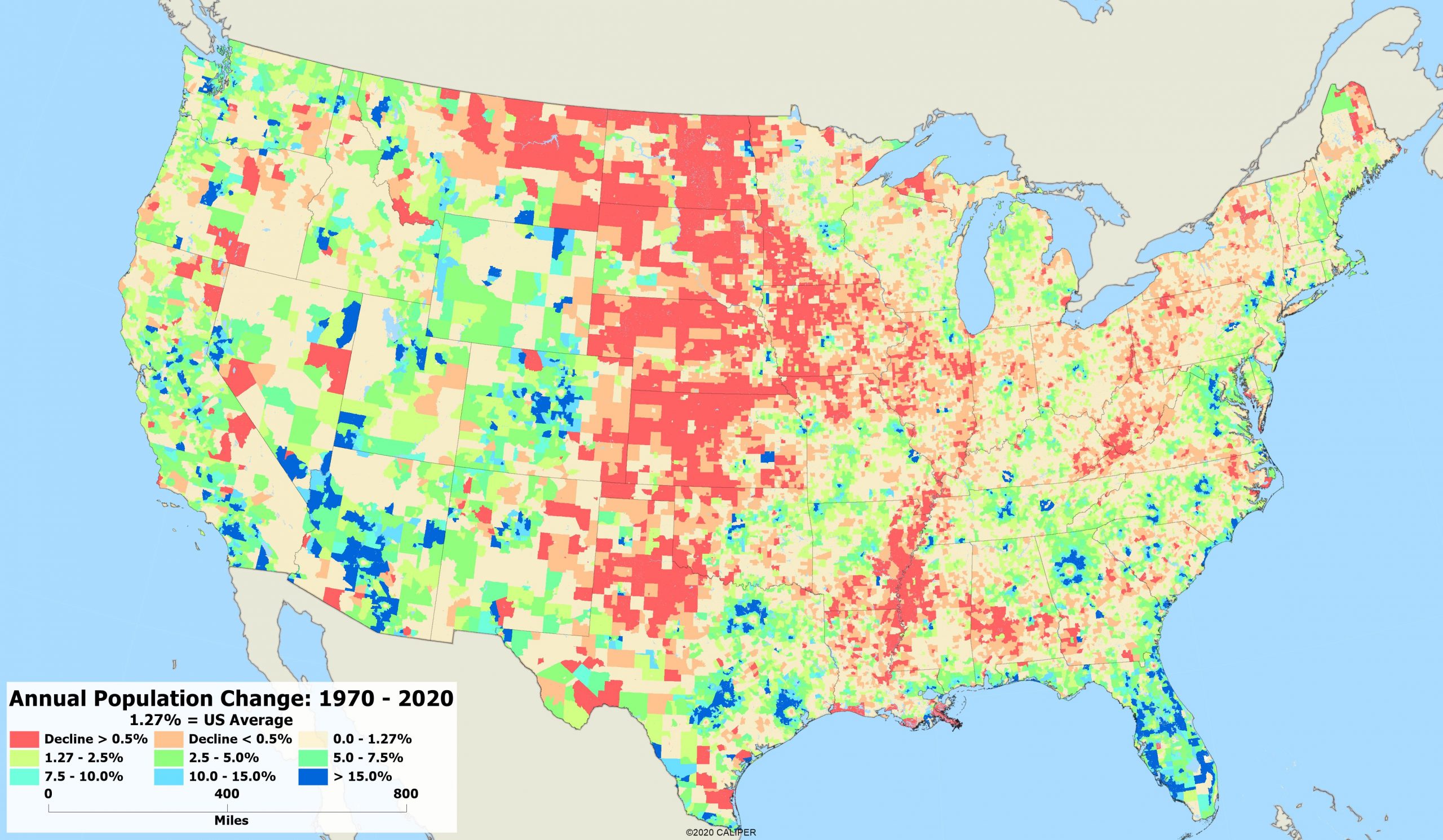 Looking at the map, there is an obvious shift towards the coasts from the central U.S. and parts of the southeast. Unsurprisingly, cities like New Orleans have seen a decline, which is likely associated to flood damages after major hurricanes. There is also a significant decline in places like Memphis, Pittsburg, Detroit, and other major industrial towns as jobs have been outsourced overseas.

If you look closely at the map, you will notice that there are a few metropolitan areas that saw a dramatic shift from downtown living to suburban lifestyles. Atlanta, Dallas/Fort Worth, Houston, Kansas City and Denver all show areas of significant growth in the surrounding suburbs, with a decline of those living in the city. All of these areas have seen increases in job growth over the last 50 years, but the cost of living in the city center is often prohibitive for young families, leading to suburban growth.

As more people begin to work remotely and are no longer required to be in a physical office, it will be interesting to look at this again in another 10 years as we see the long term effects of the COVID-19 pandemic on our country. Given the option, will people take the opportunity to move to a more rural, and often less expensive area of the country?