Earlier this week, we released our fortieth edition of the weekly unemployment estimates that we started at the beginning of the COVID-19 crisis. We naively thought that the crisis – or at least the employment effects of it – would be but an unpleasant blip in the charts by summer. Instead, after weeks of decline, the long promised second wave is hitting, and with renewed shutdowns, rising unemployment is sure to follow.

After many years of producing data in the relatively stable world of demographics on an annual or semi-annual basis, the preparation of weekly estimates has been at times challenging. So, what have we learned over these last ten months?

The primary lesson is not the one we expected. It is that many common data collection and reporting systems are built to handle ‘normal’ periods but often fail entirely or have their limitations fully exposed at precisely those times when the data becomes most useful.

During normal business cycles, there will be fluctuation from week to week along the general trend line for most states, and the minor errors which naturally arise would be small and not particularly noticeable. However, in the dramatic weeks of the early pandemic response, the state unemployment tracking systems were simply crushed by the onslaught of claims which jumped from a few hundred thousand a week nationwide to six million.

In New York and New Jersey, the systems simply failed altogether. In California, the system was overwhelmed in May and then shut down for nearly a month to investigate fraud. In Washington state, eligible recipients of benefits sat desperately at their mailboxes for months before seeing checks. Georgia reported new claims on a weekly basis which were in comparison to other states, almost insanely high. And during the weeks with massive numbers of new claimants, the number receiving benefits often dropped in some states at mathematically improbable levels.

At the end of the day, the reports being produced during the height of the crisis were so distorted by failures in the core purpose of the programs to render comparisons between states difficult, and comparisons to more stable yet sampled data sources like the Current Population Survey almost impossible.

Over time, the systems have seemingly stabilized, but we are left to wonder if a second unemployment wave will have the same effects on the data.

Moving forward, our intention is to continue the unemployment estimates, but on a monthly basis so that we can harmonize the data between the weekly and monthly sources more appropriately. We will of course continue to offer these without charge to any potential users. If you want to download the data, you can sign up for it here. 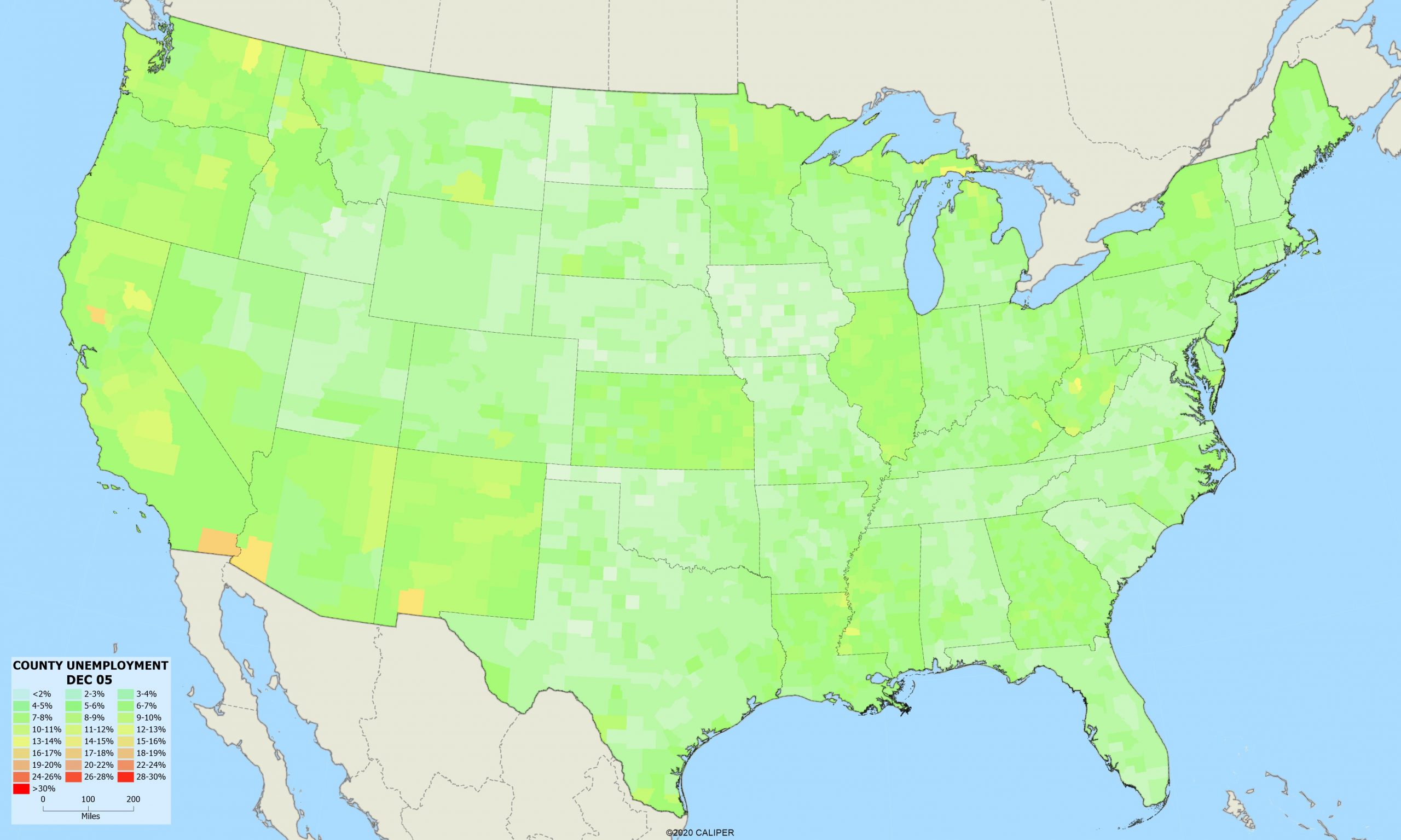