Once established as a trading post, Dallas became famous when oil was found in the area, making it the business center for oil in all of Texas and Oklahoma in the 1930’s. Since then, Dallas has grown to be the 9th largest city in the U.S., and the third largest in Texas, behind Houston and San Antonio.

Home to many major corporations like AT&T, Texas Instruments, and Southwest Airlines, Dallas (and it’s surrounding suburbs) have continued to draw in new businesses looking to move to a state with more favorable business laws. Companies like Toyota, which moved to Dallas suburb Frisco from Los Angeles, chose the Dallas area because of these favorable laws and the benefits to their employees to move to a state with a more affordable cost of living. Homes in Dallas have a median value of just under $250,000, making it far more affordable for their employees to buy a home in Dallas than in California. Median rents are at $1,000 a month.

As you can see from the maps below, Dallas has had explosive growth in the last 50 years. While the city of Dallas has seen an increase in population, 10% from 2010 to today, the surrounding area is where the majority of the growth has been. Towns like Frisco, Plano and McKinney are nearly unrecognizable from where they were in 1970, as many families moving to Dallas choose those areas due to less expensive home prices and highly acclaimed public schools. 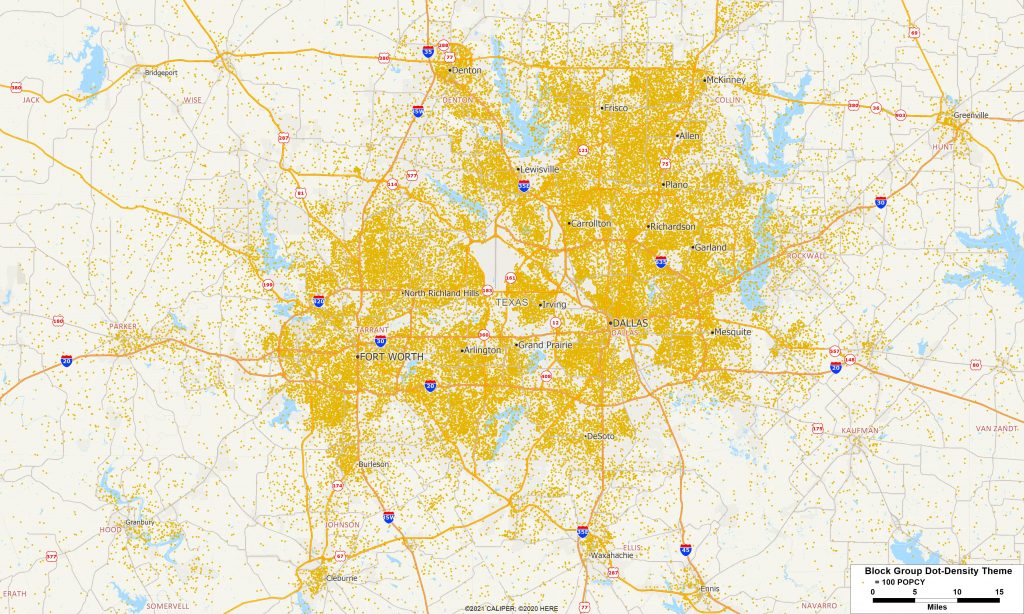 Overall, Dallas has more singles than Fort Worth, and the median age is 33. Over 26% of the population holds at least an associates degree, and 8.7% hold a graduate or a professional degree. Jobs are diverse, but the highest concentrations are in sales, office and administrative support, construction, retail and health care.

Much like the rest of Texas, Dallas will likely continue to grow, but at a slower rate than many other Texas cities. Dallas itself has very little undeveloped land, so making room for new homes is difficult. However, the suburbs of Dallas will likely continue to grow at rapid rates. Plano is now the 74th largest city in the United States, an impressive feat for a suburb.